What is the Post-Rhinoplasty Surgery Process, What Should Be Considered? 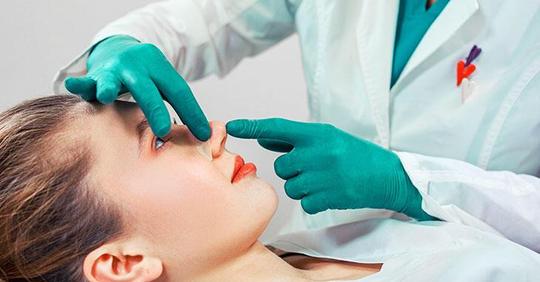 What is the Post-Rhinoplasty Surgery Process, What Should Be Considered?

One of the most applied medical aesthetic interventions in the world is nose aesthetic surgery, also known as rhinoplasty. Rhinoplasty can be applied to both men and women to make the shape, width and length of the nose more compatible with the facial features. Nasal aesthetics, which can be preferred for both health and aesthetic reasons, can correct congenital or subsequent deformations.

For What Purposes Is Rhinoplasty Performed?

Rhinoplasty can be performed for people both for their health reasons and to achieve the aesthetic appearance they want. While rhinoplasty for aesthetic purposes is performed for people who are not satisfied with the shape and appearance of their nose, functional rhinoplasty can be performed as a health necessity for people who have breathing problems due to nasal obstruction. Nose surgery, in which the factors that prevent the air flow in the nose are removed and the nose is given the desired shape, is called Septorhinoplasty. Rhinoplasty, which should be planned according to the characteristic facial features of the person, can be applied with open or closed technique.

The Healing Process After Rhinoplasty Is Very Important

It is very important for the patient to fully comply with the doctor’s recommendations in order to experience a healthy and fast recovery process after rhinoplasty. After the operation, complaints such as swelling, bruising and pain may be seen temporarily in the application area. In this case, applying cold to the area can have a positive effect. A lying position with the head slightly higher than the heart should be preferred until the edema disappears completely. Painkillers prescribed by the doctor can be used for minimally felt pain.

One week after the rhinoplasty, the plaster or plastic bandage in the nose, in other words the splint, is removed and the bands are removed the next week. During the week following the surgery, attention should be paid to situations that may cause bleeding by increasing blood pressure in the nose, such as heavy exercise, prolonged hanging down of the head, and stress. Likewise, the nose should not be hit and glasses should not be used for the first month after the operation. Since the nose has a sensitive skin structure, creams with a high protection factor against sun rays should be used. Patients should not delay their doctor’s check-ups in the 3rd, 6th and 12th months after rhinoplasty. It may take up to 1-1.5 years for the full recovery to become visible and for the nose to take its final shape after the rhinoplasty.