Why do eyebrows become droopy?

The eyelids, eyebrows and forehead form the upper part of the face and are evaluated together in terms of aesthetics. The drooping of the eyelids and excess skin, which are the biggest signs of aging, are caused by the eyebrow and forehead region succumbing to gravity over time and become droopy. In the light of this information, aesthetic surgical procedures performed to raise eyebrows upwards for aesthetic reasons are called eyebrow lift.

What problems do droopy eyebrows cause?

Droopy eyebrows can cause the upper part of the eyelid to appear swollen and wrinkled. This causes a tired, old and sad appearance.

What are the eyebrow lifting methods?

With the developing technology, many eyebrow lifting methods have been developed in the field of aesthetics. Brow lift can be done with non-surgical or surgical methods.

With Botox, which is an effective and fast method, eyebrows can be lifted up to 1-2 millimetres. Thus, a fresh effect is created on the upper eyelid. Since it is a temporary method, it should be repeated every 4-6 months. However, brow lift with Botox may not be an appropriate method if the patient has drooping upper eyelids and too much excess skin as the Botox treatment can cause these eyelids to droop even more.

In order to eliminate the drooping in the lateral region of the eyebrows, the drooping is corrected by filling under the skin from the tail part of the eyebrows. This procedure is an effective and fast method and is applied in clinical conditions. Its effect lasts for about 1-1.5 years and then it needs to be reapplied.

How is brow lift surgery done?

Brow lift plastic surgery is performed under local or general anaesthesia. Different techniques can be used in the surgery, which takes an average of half an hour. It is usually performed by entering through the upper eyelid in male patients or by removing the skin directly over the low brow tail. In men, incisions in the hair are not preferred, as scars can be seen as a result of hair loss in the future when the entrance is made through the hair. Access through the hair is very often preferred in female patients. The biggest difference between brow lift surgery techniques and methods from others is the small amount of incision on the scalp. Generally, a total of three small incisions are made on the temple and the scalp in the front of the head.

What should be considered before brow lift surgery?

Nail polish, jewellery and lenses should be removed before the surgery. It is recommended to quit or reduce smoking. The use of drugs and herbal teas with blood thinning properties should be discontinued. Patients should inform their physicians of the drugs they need to use during the examination and the planning should be done accordingly.

Brow lift method with stitching and skin removal over the eyebrow

In this method, the edges and middle parts of the eyebrow are reached with a small incision from the scalp. Then, the falling/hanging sections are transferred and fixed to the location where they should be, using special threads. The application and recovery time of this method is short. However, the permanence period of this method is also short. In an average of one year, the eyebrows can return to their old appearance.

If there are signs of aging in the forehead and eyebrow area, this type of eyebrow lifting treatment is preferred. Small incisions are made on the hairy skin, and the forehead and eyebrows are approached under the skin. Thus, the muscles used to frown, the tail area and the middle part of the eyebrow can be easily reached. The appropriate shape for the eyebrow is determined and the stitching process is completed. Stitches are invisible because they are located in the scalp.

What is the recovery process like after brow lift surgery?

The healing process varies according to the method applied and additional procedures. After surgical brow lift, the stitches dissolve on their own. If non-dissolving stitches are used, they are removed after about one week. If swelling and bruises occur, they usually disappear within one week. It is recommended to apply cold compress to the surgical area for a few days. In this surgery, pain is not felt much.

Patients can take a shower 1-2 days after the operation, and return to work after a few days, except for heavy work. There is no harm in wearing make-up during this period. Light exercises can be started 2-3 weeks after the surgery, and more vigorous sports can be started after the 4th week.

Patients may experience difficulty in moving their eyebrows and numbness in this area for a while after surgery, but this is temporary.

Brow lift is not a completely permanent aesthetic operation, as in other aesthetic surgeries, and although its effect is affected by many factors, it lasts for 8-10 years on average, but the eyebrows usually do not return to their previous state; there is slight loosening and sagging only in certain areas. This period is approximately one year for eyebrow lifting treatment where the thread lift method is applied, and 4-6 months for Botox.

What are the complications of brow lift surgery?

Although very rarely, complications such as bleeding and infection may occur in brow lift surgery. However, these complications are rare and there are no large veins in this area to cause serious bleeding. The patient’s avoidance of blood thinners and herbal supplements, and most importantly, to quit smoking will reduce and prevent the risk of any postoperative complications.

Although rare, hair loss may occur in the area where the incision was made after the eyebrow lift procedure. There is a low probability of damage to the nerves in this region after the surgery, albeit low. These risks are minimised by eyebrow lifting procedures and surgeries performed by an experienced plastic surgeon.

What is the cost of brow lift?

Is there a need for surgery after brow lift Botox?

Brow lift Botox is a frequently preferred method in recent years. The main advantages of this method are that it is simple, the risks are almost zero, and it does not affect daily life. However, the effect of brow lift Botox continues for 4-6 months. If the patient’s muscle structure is not suitable, the effect of Botox will not be sufficient. The fact that only the outer part of the eyebrows is lifted with Botox also limits the use of the method. For this reason, Botox is effective for a temporary period of eyebrow lift. If a longer effect is desired, brow lift surgery is recommended.

Our patients, who are afraid of aesthetic interventions and surgery, or who want to eliminate droopy eyebrows on their own, are also curious about eyebrow lifting methods at home. With some massage applications or some techniques related to eye make-up, it may be possible for the eyebrows to appear higher. However, these methods cannot solve the current problem, they can only camouflage it.

What is almond eye aesthetics, how is it done? 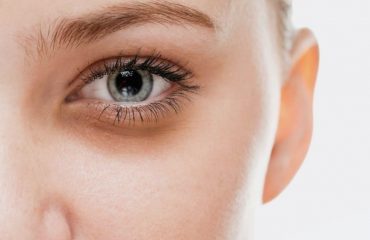 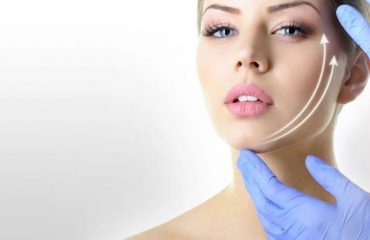